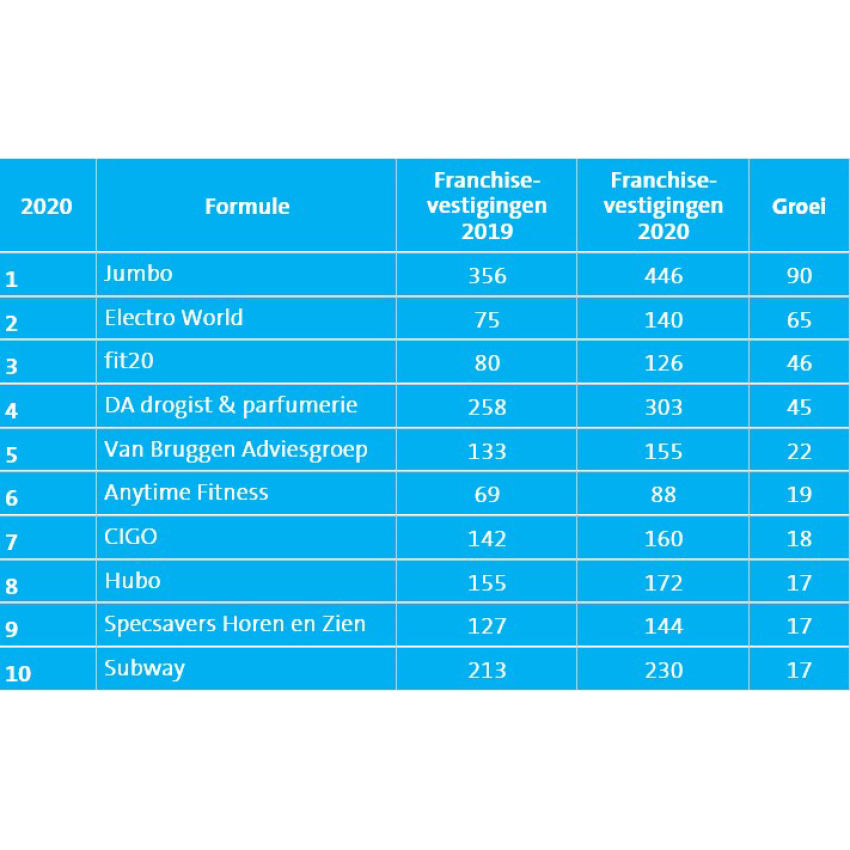 According to research by De Nationale Franchise Gids (The National Franchise Guide) fit20 grew more than any other franchise brand in the Netherlands! The growth of Jumbo and Electro world was mainly due to conversion of existing units. In 2019, fit20 grew by no fewer than 46 locations. The Dutch formula in physical personal training is active in nine countries. Last year the formula celebrated its 10th anniversary . Founder and franchisor Walter Vendel expects to grow to 300 branches in the Netherlands. The formula is now active in the US, Belgium, , Qatar, Sweden, France, Germany, New Zealand and the UK where the interest in recent weeks has surged- mainly because the model's cash flows are only marginally affected by social distancing measures; the business already has inherent social distancing measures.

"The opportunity for our franchisees just expanded, because the number of people that don’t like gyms, are too busy, or don’t want to put themselves at risk in a crowded environment has understandably increased during lockdown", said Niri Patel, master franchisor for fit20 UK.